Born in Madrid in 1976, Ángel David López began his career as radio DJ and presenter at the tender age of thirteen. With an innovative programme, specialising in dance music, he broadcasted his sessions in the small hours of the weekends on Top Radio. Following this first experience, he worked for the best Spanish radio stations, such as Loca FM, Flaix FM and Maxima Fm, for whom he presents a national electronic music programme tuned into by over 600,000 listeners every Friday only in Spain, plus thousands of listeners via Internet. His programme is also broadcast in English on radio stations in Belgium, France, Italy and Russia.

He is a regular on the White Island. After many years being a resident at Pacha Ibiza he moved on to headline his own night at Space.

Lopez has launched a series of compilations recorded in different cities under the name "I'm coming to..", as well as his compilations "I am vueling to Ibiza" Vueling being one of the biggest Spanish airlines that Wally is an ambassador for; fitting considering he takes over 300 flights a year! He the second volume of Toolroom Knights along with Tom Novy. In April 2010 he launches his compilation for the world famous Global Underground series, the project will also encompass a world tour.

In 2000 he produced what would be his first international hit "Amman", followed by "Patricia Never leaves the House" and "Disco Night", enthusiastically played by artists such as Erick Morillo, Hernan Cattaneo and Steve Lawler.

However, 2004 was when Wally López's musical career reached its current dimension. Fate led him to take a slow commuter train from Madrid to Valencia and, to beat the boredom, he got out his laptop and started working on a remix of "Just a little more love". In Wally's hands it became a worldwide hit that launched David Guetta's career, and the man from Madrid became the indisputable winner of the 2004 DJ Awards. More recently, he has produced big hits as Burning Inside, Noche sin Luna or Planet Earth

Over the last few years he has made remixes with groups such as Lighthouse Family, Enigma and Santana, and work for Bob Sinclar, Pete Tong, Âme, Soul Seekerz, Enigma, Tiesto, Marco V or Cosmic Gate.

After working for a whole host of labels and artists, he decided, in 2001, to create "LA FACTORIA DISCOS" (now TheFactoria), initially destined for funky house, as well as a more underground sublabel called Fórmula Records. Also, he has created a new label called FATXL together with his colleagues Ismael Rivas and Iván Pica.

Wally is the visible head of Factomania Group, a company that contains all branches dedicated to electronic music. More than 20 people work on this project, which includes a DJ agency, record labels, publishing, radio shows, and recording studios to rent in Madrid. He is about to launch a new division to help DJs with their marketing campaigns, and he also has his own clothes brand and a store called Tremenda Shop, in the Fuencarral neighborhood

Over the last 5 years, Wally has developed a huge marketing task, both on his own brand and collaborating with other companies, glasses brand OAKLEY is just one example - he is the only non-sports man sponsored by them.

In 2009 Wally was chosen as one of the Dance4Life Ambassadors, as Paul van Dyk or Tiësto. This organization was created to fight against AIDS, mostly among youth, and Wally supports the cause by giving away the rights on his tracks.

More recently, he has collaborated hand in hand with producer Carlos Jean in the project "Mixing for Haiti", resulting in the massive hit "Rhythm of the night" with Spanish diva Marta Sánchez. As well as the affection of an unquestioning public which has followed him over the last eighteen years, he has earned the recognition and respect of other professionals in the sector by being awarded the following: 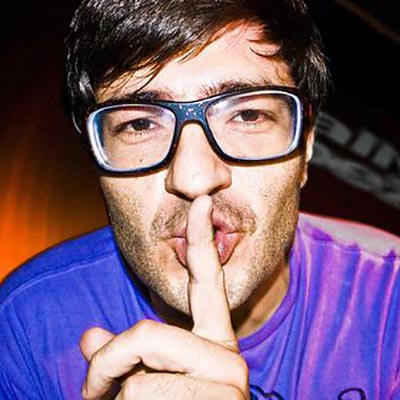