Now that the end is near and Electronic Dance Music has become a wasted product associated to Bacardi sponsored parties, I would like to focus on the quintessence which remained.

I mean, we all survived the lost 80s generation while listening to Depeche Mode, we watched the 90s kids using designer drugs and dancing with hoovers on their backs to these Breakbeatsounds like hamsters. Ok, we have also been touched by the Unfinished Sympathy which is still on my harddisk but most of my heroes from the last years have passed away. Or they are on nine-to-five. Or they live in Berlin and go afterhour´ ing and are lost.

But In the fight for the final match reaching out for the Ultimate Victory it´s not so easy to find comrades. But … but still or again we have this German guy called Timo Maas. Do you remember ? It was a techno´ish thing.

He has done tons of releases in coop with Martin Buttrich, the first white person entering the Planet E. Like me, Timo has survived the 90s and climbed the new century by shaping a cheesy Dooms Night to a Breaks Monster with Pop flavour and attitude. He made Depeche Mode deeper as they could imagine, he helped Kelis to get funky in Europe and he purified Placebo. But then, long time no hear … I thought, perhaps he was fed up with it, driving big cars, spending his money and getting bourgeois. Scrap it ! Cause…

.. a few weeks ago, this new Maas Mutant Clan project came around the internet corner and I was already wondering, what the hell he was doing on Connaisseur Recordings !? The Infosheet said, that Timo had a new fellow called Santos. First thoughts in my brain: He is into business with the South Americans now - but ….but…2 days later I recognised this Subtellite on Cocoon and it was just clear to me: He is back. And he was in the studio again with this guy called Santos. Fortunately, my friends, it´s not about my Santos from Columbia, it is more about an Italian producer … You have to know, the market is quite hard-fought. I mean the South-American market (It´s not just all about music. I mean, someone has to invest in this lazy people market). So no reason to become nervous for me. But …

.. I heard from a girl - whom I know from a luxurious private massage club from Turino, that Santos - the man from Tuscany country, the Hypnotic Tango and AC Milan (which I sold in the late 90s to an old man, who is making strange politics nowadays) - is able to create vibes, like we had in this Discoteque at Lake Garda 30 years go. Perhaps he just created a Chinese Massage for her, but it smells like he has got talent. Too many rumours crossed my way. I mean, I visited Italia quite often in the last centuries, but it was just about good wine & food. The Italian youngsters copied German Klicker Klacker and that was it. And they have not covered themselves with glory. They also coup-de-bouled Zidane in this match some years ago … but I have the feeling that the case "the prophet has no honour in his own country" might happen here and Santos is ready to enter my market.

Anyway, most things come in Maas, er threes: I read about this Rockets & Ponies release called Chinese Massage and I was quite pissed. Normally I am the one who creates the concepts. But this time I have to surrender. Timo Maas branded a digital but monoder´esque Techhouse-Hymn. Perhaps he had come Into my dreams and has stolen my ideas !? Anyway, although I am a bit jealous, I must confess, this Massage will powder your brain and in my eyes, it´s the return of Giorgio incarnated by this guy from the middle of nowhere in Germany. Btw, there are strange rumours again, that Italo Santos has moved in with mighty Maas in the middle of nowhere. I am afraid that they have built a cell, that is able to form an assembly line which creates these Chinese Massages. If yes, I will buy them all and get rich again. I mean, I could also watch their football club called ´Annover 85" or so.. But they play German style. I am used to ZSKA.

And hopefully his groupies do not look better than mine. If yes, I should think of calling my eastern homies to regulate this affair. Anyway, this Maas-Mutant- Santos-Clan seems to become quite dangerous for me in the future. Perhaps I really should just buy the holy ghost.

Others told me that it would be better to buy the label of a guy called Dubfire, cause Timo Maas will release some music there soon. We will see, I just don´t want to burn my fingers. I heard this guy from Bückeburg has done a track called Herdplatte in the preceding days .. if you know what I mean. So perhaps I should just buy Cocoon.

On the other hand, a new concept came to my mind: I will start a Management called "If you look shit, please get in contact with me". For all these tiny kids who are proud of looking ugly and think they are Mick Jagger". Together with these kids, I will lock the Mutants up in my castle in Romania, so that their vibe will expire soon. 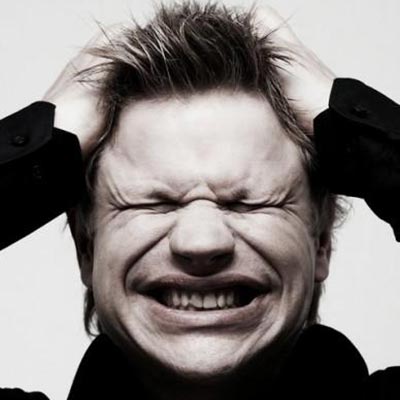