Since release of their album Human Response last summer, in between constant touring, Slam have remixed DK7, UNKLE, Radioslave, Sasha and Subban (Leftroom).

They are currently putting together Sci-Fi Hi-Fi volume 5 mix-CD for Soma, which is due out in June 08. Following on from the massive Azure single, Human Response was Slam's fourth studio album, with the new single Staccato Rave receiving play from a broad section of house and techno DJs. Not content to stand still, this album saw Slam pick up the techno baton, twisting the genre further still, to create a forward-thinking new sound all of their own. They are artists at their creative peak. In this technological age, Slam use the human touch to inject a myriad of emotions into their electronic, machine music.

Slam have played all around the world, championing UK underground electronic music, whilst always living and working in their home base of Glasgow, where they have helped to develop and influence one of the best music and party cities anywhere. Ask any of the bands and DJs who have performed at their monthly Pressure parties. People like Vitalic, Laurent Garnier, Ricardo Villalobos, Jeff Mills, Richie Hawtin, Green Velvet and Andrew Weatherall all cite the city and the club as being amongst their favourite in the world. When you add that Slam are currently preparing their 12th production of their annual, Slam Tent (15 000 capacity) at the T in The Park festival in Scotland, then you start to get a feel for the passion for their scene and their music that Orde Meikle and Stuart McMillan have.

The label they created in 1991, Soma, is another example of their dedication to the cause. At a time when its daunting to be an independent label, Soma are incessant in their march forward, confirming their position in dance music history. Soma's new and established artists like Decimal, Silicone Soul, Alex Smoke, Vector Lovers, The Black Dog and Funk D'Void all help to make their label one of the most forward thinking around. 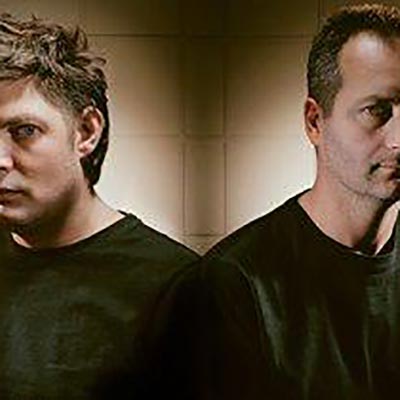