Born in a small village in the East of Ukraine and coming from a family with no known musical background, Nastia’s surroundings at a young age did not initially introduce her to music but it was through her passion and talent for dance that she found her true love for music.

When a young Nastia visited her two older sisters, living in a nearby city, it was there that she first began going out to nightclubs and it was Nastia’s time in the nightclub scene that brought her to the realisation for what she wanted to pursue as a career, DJing. She remembers thinking in that moment that "everything came into focus…”.

Nastia first began playing electronic music when she was experimenting with playing different DJ sets and constanly working on and developing new sounds. In 2006 she moved to Kazantip which opened up a whole new party scene and from that time on the young Nastia's life changed.

From 2006 to 2011, her career began to take off and suddenly there were more and more oppertunities to play DJ sets for big parties. At the same time the growing star managed a studio, KISS FM radio station, where she also hosted her own radio show. Her weekly radio show was named  'Propaganda', the name which also became the name for her new label, launched in 2013.

In 2009 the DJ continued her musical work, touring frequently to international gigs throughout Europe, Japan, North Africa, South America and Mauritius. In 2010 Arma17 asked Nastia if she would be their resident and she gladly accepted, saying, “this is a big honour for me”.

Her love, commitment and passion for something which was once a hobby, transformed into a profession and a way of life. “My aim is to see as many people as possible on the dancefloor and to dance with them, leading the mood with what unites us all - music.  I am what I do.”.

Nastia will be playing various upcoming sets in 2018. She is currently in the lineup for the Morocco Oasis Festival and Time Warp. 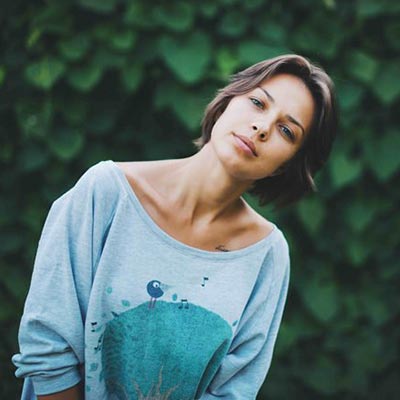