East Collective are an experimental and highly compelling minimal techno duo from Seoul, Korea. Pioneers of the scene, Unjin and Mang Esilo have been at the forefront of an Asian club culture that has grown remarkably over the last 10 years. The force behind E.C.I Korea, the country’s first minimal techno / tech house label, used both to

release their own music and as a platform for aiding emerging talented artists in Asia to reach a global audience, the pair are known for their tight sound design as techno producers and for their raw and emotive live sets. Separately, they have very different backgrounds and life styles but together, their love of the same music harbours a joint belief in themselves which in turn pushes them forward in their musical quest.
Displaying an artistry often lost in dance music, East Collective aim to deliver high quality, culturally distinctive, artistic dance music both nationally and internationally. Aspiring to be role models for emerging artists in Asia, Unjin and Mang seek to expose their sound to the world and hope to foster collaborations and better dialogue
between musicians across the globe.
In addition to the sophistication of their music, the duo also recognise and then utilise the atmosphere of the party as a driving force for their performance. Placing an emphasis on both helping people have a good time and enjoying the party themselves, Unjin and Mang are not formulaic and rehearsed in their approach, but instead
follow the groove with a natural flow and unforced musicianship. Adding Asian flavour to their music, both conceptually and melodically, East Collective can be categorised but not limited to futuristic Asian techno.
Recognising the devaluation of dance music since computers and their associated technologies of ready-made loops, samples and templates have made making music akin to serving fast food, East Collective are intent on bringing the integrity back by focusing on producing techno that is both very intellectual and emotionally appealing whilst still infused with a futuristic and experimental sound. Taking this sound
beyond Asia, the duo made their successful international debut at Miami WMC 2010 and throughout their career have played with the likes of Audiofly, Dubfire, Damian Lazarus, Lee Curtiss, Kaiserdisco, Matthew Dear, Sasha and Tiefschwarz.
Korea’s club scene and electronic music history is still in its infancy. East Collective grew up with no role models, starting things with new innovations that the country had never seen before. Today, East Collective stand as a shinning beacon for that culture, providing a point of reference for new DJs and producers that they never had. 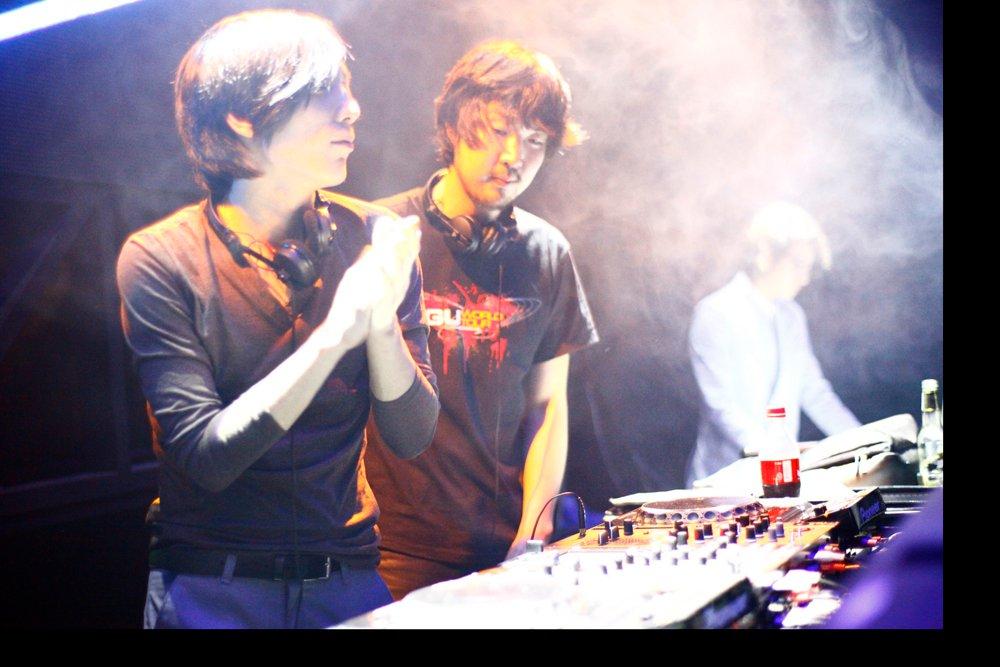