A true wizard of vinyl, DJ Spy.der has been a legend on the Russian clubbing scene for over two decades. Recognized with a number of awards, including the prestigious Night Life Awards, he now works his vinyl magic in one of Moscow's best clubs, Krysha Mira, as a resident DJ and music editor.

A true wizard of vinyl, DJ Spy.der has been a legend on the Russian clubbing scene for over two decades. Recognized with a number of awards, including the prestigious Night Life Awards, he now works his vinyl magic in one of Moscow's best clubs, Krysha Mira, as a resident DJ and music editor.

DJ Spy.der's musical education started at secretive college parties he attended in the 1980s, dancing to Kraftwerk, Art of Noise, Jean-Michel Jarre and Depeche Mode. These early impressions influenced his musical taste a lot: "What we play today is still full of electronic neoromanticism," he explains. "We" is a reference to his collaboration with DJ Fish, which has lasted for 20 years and includes a variety of projects and styles. In the late 80s, Spy.der and Fish would start their parties with italo-disco tunes. A few years later, the duo got into techno; in the mid-90s they explored the psy-trance and rave scene, before turning to jazz and funk by the end of the decade. Spy.der and Fish have also collaborated as composers, recording several experimental ambient and techno albums under the name of The Conservators during the 90s, in their Stancia Solaris studio. Around the same time they opened Discocsid, Moscow's very first DJ store.

Throughout his career, DJ Spy.der has performed at a number of important European venues, including the renowned Ultraschal, Tresor and Love Parade parties in Germany, at private nights in Ibiza and London, and in numerous clubs in Asia and the Americas. DJ Spy.der was a regular at the Ukraine's renowned Kazantip festival and has been a resident DJ for a number of progressive venues in Moscow, including the world-famous Zeppelin, Jet Set, Justo and legendary raves Orbit. He is the man behind Kontrabanda.dj, a new Russian club music project that has just released an album with Krysha Mira Music record label.

DJ Spy.der can also boast a successful collaboration with the controversial Russian duo t.A.T.u. during their UK and Japan tour in 2003. Under the name of Step 2 Sun he also created a remix of their famous Ain't Gonna Get Us track.

Spy.der's philosophy is all about mixing and matching genres that may seem incompatible. This is a result of his diverse musical background and his interest in different styles. "I buy all sorts of records, from all sorts of labels... The most important thing is to be aware of everything that is happening: this is the only way to keep up with the general rhythm of the planet," he comments. "We know how to make jazz connoisseurs appreciate a trance track, and we can play jazz that will get a trance crowd dancing." Pure magic. 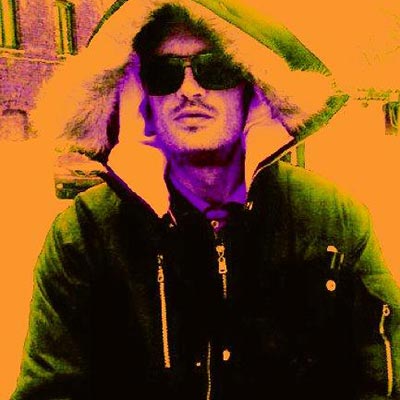