With the success of 'Don't Give Up' (which featured vocals by Nick's long-term friend Bryan Adams), Nick found himself equally lauded by both the dance and pop press whilst becoming a regular fixture on TV and radio. He released his second album 'Behind The Sun', which hit the Top 10 and proved to be a major success across Europe.

Like many serious musicians, Chicane mastermind Nick Bracegirdle is unhappy with the travesty that is the current UK chart. "I am fed up with bad dance records and pop records with no substance just being churned out one after the other," says the writer/producer/musician, who most famously deposed Madonna on the way to the #1 slot with his 1999 classic 'Don't Give Up.'

"That is what drove me with my new album ['Easy To Assemble']," he continues. "I wanted to create something that was different - not only to what else is around at the moment - but also to my previous albums, which were more conceptual with a beginning, middle and end. This one is more a collection of vocal songs, lots of strong melodies. Not too much down-beat stuff, it's all pretty much up."

Amiable, laid-back and passionate about music, Nick's demeanour is far more diamond geezer than diamond encrusted pop star. In fact the only thing about Nick that clearly points towards such a lifestyle is his collection of sports cars - his garage boasts an Audi RS4, both monstrously powerful and extremely rare, as well as a Ferrari 355 which can speed comfortably off into the distance nearly 200 mph.

With the success of 'Don't Give Up' (which featured vocals by Nick's long-term friend Bryan Adams), Nick found himself equally lauded by both the dance and pop press whilst becoming a regular fixture on TV and radio. He released his second album 'Behind The Sun', which hit the Top 10 and proved to be a major success across Europe.

It's been almost three years since Nick hit the top spot and now he's back with some of the best new material of his career. First single 'Love On The Run', which hit the Top 30 earlier this year, featured D:Ream's Peter Cunnah on vocals.

"That's probably the most commercial cut on the album. It's the track that marks the transition between the last album and this one," says Nick. "We were looking for someone to front the song who had a really good voice. Peter Cunnah was perfect - not only because he has a strong voice but he's also an excellent performer."

Chicane's previous live shows have seen them pushing the boundaries of live performance for a band who have been - rightly or wrongly - pigeon-holed as a dance act. In the past, Nick has been pushing Chicane towards being a purely live experience, with the band's live musicianship being matched by a stunning array of backdrops and visual effects, as well as guest appearances by the likes of Bryan Adams and Marie Brennan.

"This time we're gonna go as live as possible with the new show," enthuses Nick. "Much more heavily percussive - we've got Shovel from M People involved. I've got two percussionists: one plays live drums, one plays percussion. We've got the same array of guitars, flute players and live musicians. I'm thinking more and more with how things are in the business, dance is dying, and people wanna see more live bands and they wanna see it happening. We're now in the position where we can play a whole two hour show."

One of the most memorable gigs of Chicane's live history came with a show in Moscow's Red Square.

"That was lunacy!" recalls Nick, "That was great, just nuts. We were in this 200,000 capacity venue, really, really big. And the audience was cool, I think most of them were off their heads - a lot of vodka was drunk.... Then again they were positively sane compared to the crowd we played to in Manila. They've all completely lost the plot over there!"

And with his new album, Nick certainly has the range of material needed to make such a massive gig a success. A protean blend of real songs and classic chicanery, licked into shape with some choice beats, 'Easy To Assemble' ranges from the mesmerising 'Daylight' to closing string-drenched epic 'Empires'; from the Indian-influenced forthcoming single 'Locking Down' to pop gem 'East Side Story', on which Bryan Adams lends his famed gravelly vocals.

"It's a very different song to 'Don't Give Up.' It's probably the most 'untrendy' song on the album," Nick chuckles. "It's sort of middle of the road, but it's a fantastic song, probably the best song I've ever written. Bryan came up with some lyrics and it was ideal for his voice so that was that!"

Nick's favourite track on the album is 'In Praise Of The Sun.' Having originally co-written and co-produced the song for Espiritu in 2001, Nick has reworked the song to impressive effect.

'In Praise Of The Sun' is symbolic of not only the direction of the new material, but of Nick's whole new stance on his music, focusing less on dance and more on strong melodies and strong songs. Furthermore he says: "I'm not just about being a dance artist and a DJ, but as much a jobbing-writer/producer. The fact that I can't DJ to save my life has nothing to do with it really!"

Consequently, Nick has been moving his musical artistry into other fields, such as writing and producing tracks on Cher's 'Living Proof' album and writing music for Playstation's Formula 1 games. But his real passion is for film-score composition, with masters such as Ennio Morriconne, Vangelis and Jan Hammer as his inspirations. With the likes of Luc Besson's 'The Big Blue' and the Meg Ryan starring 'City Of Angels' a couple of his favourites, what films would Nick like to work on?

"I love those kind of epic, beautiful pieces of music which work well. But it could be anything - a film calls for all sort of things and if you're doing the score, you're doing things from ridiculously small incidental bits of music to fast-paced sections. I suppose nothing too sci-fi-ey or cop-chase, Beverly Hills Cop type-movies," he laughs before concluding, "just anything that expresses the need for any type of mood."

So what's next for Chicane? "I'd like to do even more song-based material, less instrumental stuff. I'd love to work with Trevor Horn or Brian Eno. And vocally, I'd go for someone folky like Tori Amos or Suzanne Vega."

Aside from his work, Nick is now far more likely to be found enjoying a drink with his friends, rather than spending the night throwing shapes on the floor. His music reflects this new maturity. He hasn't of course moved on from 'dance' - he's merely managed to advance his sound to a position where musos, composers, clubbers and pop fans alike can appreciate his work in equal measures. And, to be honest, you can't argue with it. 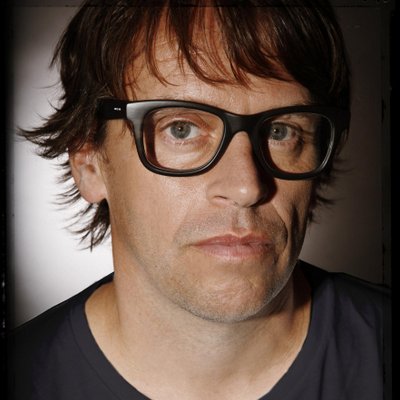