Blake a Detroit native with a reputation for steamy, deep, whispering music productions.

Born in the Soul and Techno Mecca Detroit Michigan USA

As early as a teenager Blake Baxter was DJing all forms of dance music from Hip Hop and R&B, Reggae, dance hall, alternative rock to Dance music also working on his own productions in studios in Detroit and Chicago eventually Blake was signed to Chicago city DJ international dance music record label at the time Blake was not a established artist and not from Chicago he was a kid in a candy store Blake loved the Chicago house music sound and was influenced by the Chicago house music scene

It sounds cool but I cannot dance to it

(Brothers gonna work it out) calling the series Dream Sequence more of a dj sound tool and blue print for future tech house projects such as on the Disko B label (our luv) and the Ghetto brothers group project collaboration witch eventually lead to the major label projects on Logic records UK and RCA in the states since then the techno electronic music sound has evolved in to many other forms ranging from break beat, drum and bass, jungle, trip hop, trance, electro, dub step to minimal and tech house today the dance floor tempo has calmed down and the tech house style combination is an necessary tool for today's dance floor and today's electronic music Dj Blake Baxter a unmistakable sound and recognizable style and is undoubtedly a true contributor to the 1st wave sound of techno coming from Detroit and a big part of the electronic movement sound evolution.

Blake Baxter style is spoken word and poetry mixed with electronic dance music poetic whispering some time humoristic Some times sexy always some thing to think about so it only make sense to call his Style poetry and rhythm after all that's what it is.

5.Marc Romboy vs Blake Baxter / Where would you be / Systematic Recordigs

All remixes and songs are available on Beat port and itunes 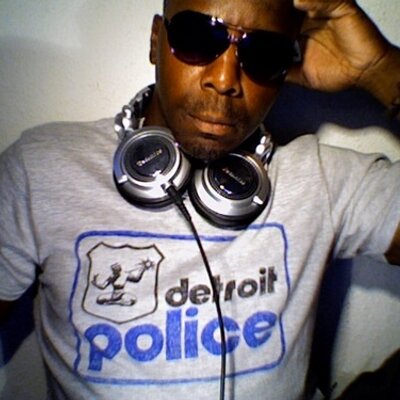