Benny Benassi was born in Milan and is known world wide for his #1 hit Satisfaction. He works as a producer in collaboration with his cousin Alle Benassi, who has been a musician and arranger at Off Limits, in Reggio Emilia, Italy, the internationally successful production unit run by Larry Pignagnoli.

The first club hit was “I feel so fine” by KMC feat Dhany (N° 1 club charts UK) in 2001. This was followed by the BENNY BENASSI presents THE BIZ project, a ground-breaking mixtured of electro, techno and house dosed with minimalist flair.

The first single SATISFACTION, produced in 2002, made its presence felt in the main charts all over Europe in 2003. Some of the results:

- n° 2 in the Official Singles Sales Chart in UK

- n° 2 in the Official Dance Chart in GERMANY

The record was highly acclaimed:

Timo Mass - I have it, crazy fuckin record....crowds love it!!

Darren Emerson – Norman Cook called abou this record and as soon as I heard it I loved it!!!

Roger Sanchez – Loved his mix of Tomcraft, his record is even better.

Paul Oakenfold - Benny has his own unique sound that works on dance floors across the world.

The album HYPNOTICA stayed in the top 20 in the Official Album Sales Chart in FRANCE for over a month, having reached the TOP 5.

Benny and Alle then produced Benassi Bros, a project designed to shine the spotlight on the two Biz vocalists, Paul French and Violeta and other guest singers.

The track by Benassi Bros. feat. Sandy, "Illusion" and "Hit my heart" featuring Dhany were both monster top 20 sales charts hits in France and the album, PUMPHONIA, went gold in France.

Benny mixed SUBLIMINAL SESSIONS VI, for the famous New York label and, for the occasion, produced a track called "I want you to come" under the psuedonym BAT67. With this name he also remixed "Hot Tin Groove" by Rava and "Warman Whoreman" by Digitally Stoned People. He is the first European dj to have mixed a Subliminal Sessions compilation.

- DJ MAG tune of the year in UK

- Nominated for international revelation of the year – NRJ Awards, France

- European Border Breakers Award for Hypnotica, the Italian album that sold most in Europe outside Italy

When Benny isn’t in the studio, he tours the world rocking clubs and events with his unstoppable energy.

His dj style is easy to describe…. it’s kinda electro, sort of house-tec, dirty and cool, sweaty and smooth….

THE BIZ is the stage name of Paul French and Violeta. They are heavily featured on the ground-breaking hypnotech album HYPNOTICA by Benny Benassi presents THE BIZ containing the hit singles SATISFACTION and ABLE TO LOVE.

They also feature individually on the Benassi Bros. tracks I LOVE MY SEX and DON'T TOUCH TOO MUCH.

Paul and Violeta bring their performances to life on stage with their highly original approach to voice and movement. Their performances have been variously described as hi-tech, robotic, sexy, sleazy, Kraftwerkish, hot and cold.

They have toured Scotland and USA where they performed twice for WKTU in New York, and in Philadelphia and San Antonio in Texas, among other places. They have also performed on Top of the Pops in UK and Viva Television in Germany. Since October, they have been touring in France, Germany and Austria extensively. 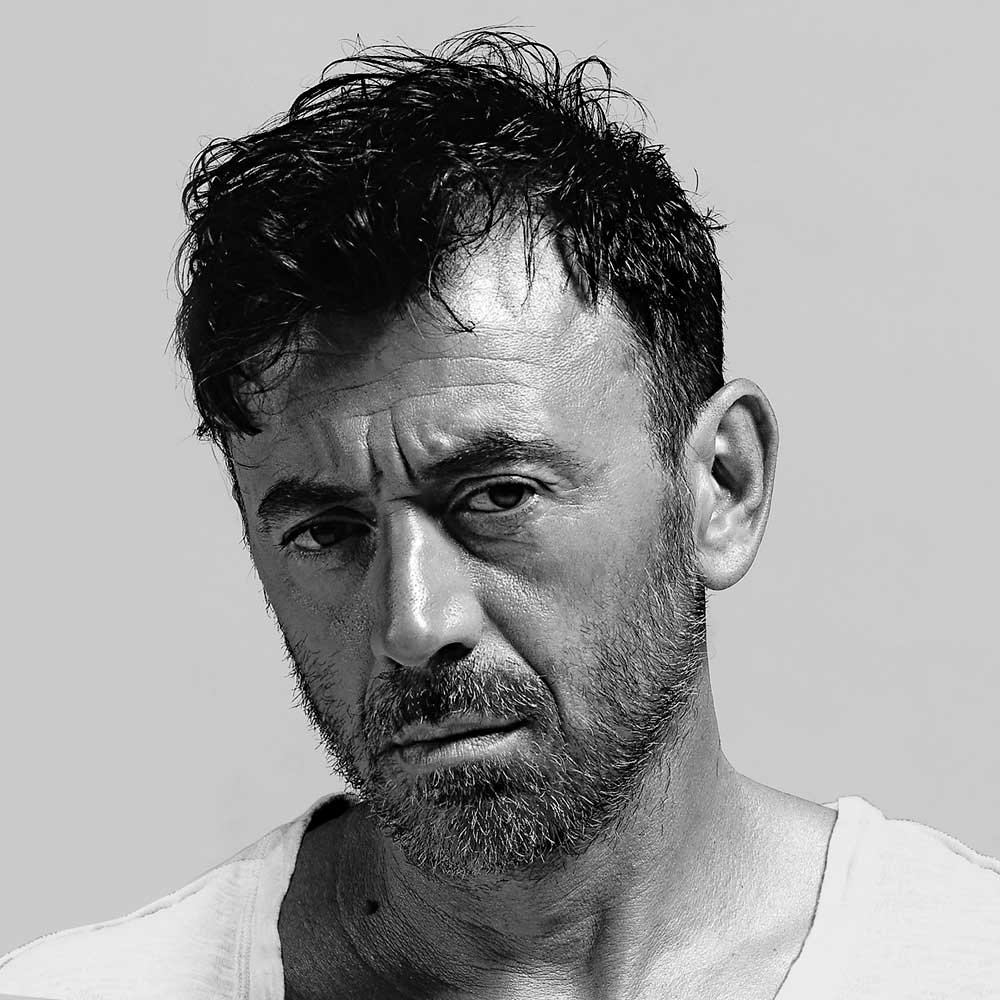