Anja Schneider is a name that isn’t new to the game. She has been apart of the scene for many years as a broadcaster, producer, world-renowned DJ and founder of Mobilee Records. Once upon a time she was labeled a “perpetual motion machine,” and is one of the hardest working individuals in the business.

Her musical career began not in the DJ booth but in the radio booth as a producer for KissFM and then later as a radio persona for Fritz Radio. Armed with eclectic exceptional taste, a charming personality, and an engaging presentation style, her “Dance Under The Blue Moon” program became a stellar success. The program continues to air on Fritz Radio for the music loving masses of Berlin. It was through this medium that helped to launch her career as an international club DJ.

As her DJ workload began to grow she became more and more interested in creating her own music to share with the masses, through her travels she met many other like-minded artists and began to collaborate in the studio. Anja has collaborated with many influential artists including Paul Brtschitsch, Marco Resmann, Kiki, And.Id, Sebo K and Lee Van Dowski to name a few. In 2008 Anja’s debut album Beyond The Valley was released, well receive by critics and DJs alike, tracks like “Belize” and “Safari” began to dominate the charts and shake up dance floors around the world. She followed this with a pair of dance floor filling EPs iThought and Pushin’ in 2010. Shortly after that a co-production between Anja and And.Id “Imagination” was featured on Heidi’s Jackathon compilation for Get Physical Music. After that she continued to released regular EP’s on her Mobilee imprint. Hello Boy!, Little Creatures, and most recently Diagonal have all continued to find their way into DJ bags worldwide while instilling the idea that Anja is here to stay. Alongside her original work, she has an extensive body of remix work for labels such as Dessous, Tsuba, Soma, Crosstown Rebels, and Diynamic that only completes her well- rounded discography. Anja continues to work hard in the studio trying to push the boundaries of electronic music. A highly anticipated second album is currently in the works and is fated to reach the same level of success as the first.

Widely respected throughout the world in the spectrum of House and Techno, Anja has traveled all over the world rocking clubs and festivals on just about every continent. Bringing her extraordinary musical taste and her exuberant personality to world-renowned clubs such as Amnesia, Harry Klein, Fabric, Fuse, Rex, Panorama Bar, Goa Madrid, and Womb in Tokyo. Her travels have also seen her grace the decks at festivals and conferences around the world such as ADE, WMC, Off Sonar, BPM, Igloofest, Exit Festival, Sonne Mond Sterne, and many more. As well as traveling internationally Anja has been holding down residencies in Berlin’s Weekend and Watergate clubs for numerous years. 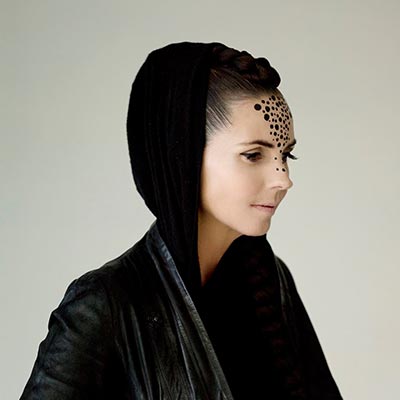