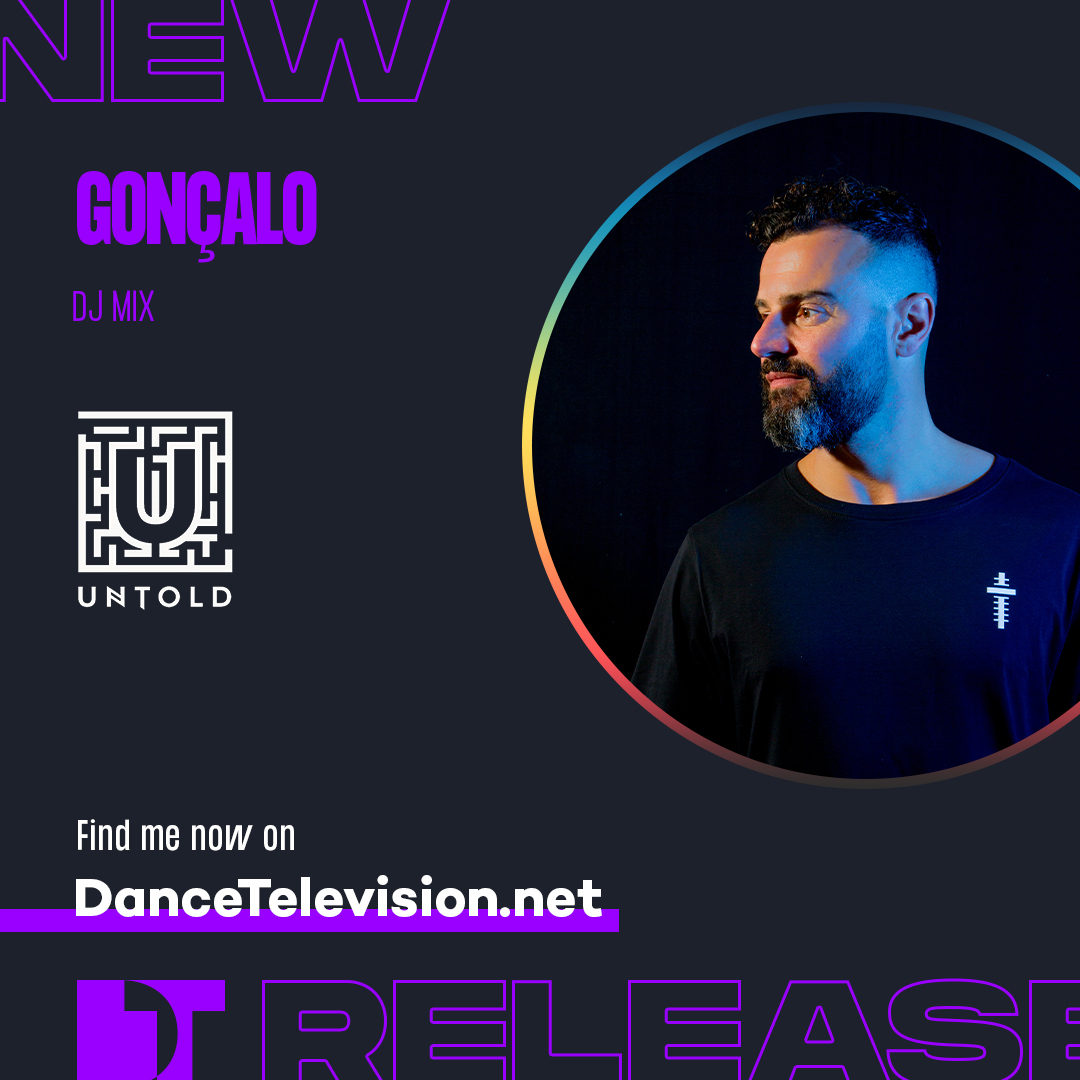 Gonçalo has been playing this week at Untold Festival, Dreambeach Villaricos and will be playing next week at Elrow Barbate.

We recorded his set at Untold Festival, which took place at Cluj-Napoca in Roumania from the 1st to the 4th of August, where he shared the “Time stage” with famous artists such as Markus Homm b2b Mihai Popoviciu, Sandrino, Stefan Biniak, and many more. Watch him play and you will feel how he applies his passion for music, from the first moment he steps behind the decks right through the end. Enjoy this energetic mix, composed of classic bangers as well as hypnotic nuggets, mixed together with a fully mastered technique. His dynamic style and eclecticism between groovy and deep records will bring you into another dimension during one hour and a half.

Born in Portugal and now based in Spain, Gonçalo started his career at the age of 19 after being strongly influenced by electronic music. Since then, he has built up a solid reputation after playing in venues all across Europe, South America and Asia.

During 8 years, he has propelled Andalucía’s electronic scene by becoming Creamfields Andalucía’s official DJ in 2009, and Dreambeach Villaricos official DJ and artistic director since 2012, which is now one of the most important electronic music festivals in Europe.

In 2017, Gonçalo decided to move to Ibiza and increased his presence in the best clubs of the Island, as well as in Latin America, in countries such as Chile, Mexico or Dominican Republic.

2018 is the year of his successful return to the studio. As a producer, Gonc?alo accumulates several years of studies at music school, expressing his great musical knowledge on Alma Soul Music, also being part of the label’s team. After the success achieved in 2015 with “Mental Help”, which was massively supported by prominent DJs in the industry (Carl Cox, Loco Dice, Nic Fanciulli and Joris Voorn, to name a few), he has once again captivated us with his brilliant work on well-respected labels such as Tronic, Deeperfect, Stereo, or Clarisse Records.

Currently, Gonçalo is part of the roster of the prestigious agency Analog Worldwide. This year, he celebrates his 20th anniversary in the industry by developing an extensive and solid tour under the concept of “20 Years Raving”, which will lead him to perform at some of the best clubs in the world, showing that his ever-rising career has no limits.

His latest work in the studio is a perfect sample of what Gonçalo is capable of: an infallible technique, unbeatable rhythms, and unforgettable sound journey. “Luv Story” EP includes the original eponym track and two remixes from Timid Boy and Sergio Bennett. It will be available on YET Records from Monday, 12th of August. Find the EP here

Make sure not to miss anything from Gonçalo by following these links:

Would you like get our weekly newsletter and stay up-to-date? Please enter a valid e-mail address!