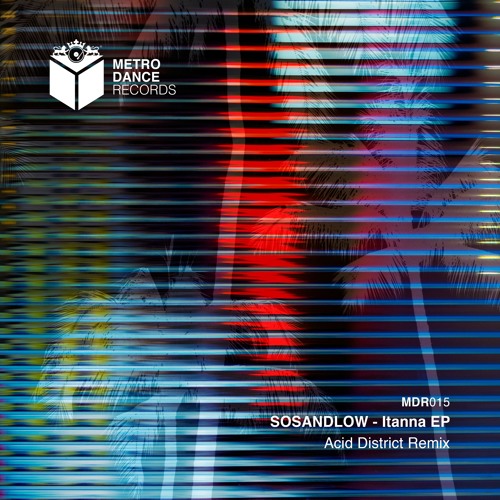 The new project of the Madrid-based duo, that will be released on the 12th of July, will include a remix from Acid District Remix.

Metro Dance Records is pursuing its unstoppable bet on Spain’s electronic music talents through its 15th release: an EP from one of the most outstanding duos which counts more than 15 years of experience.  SOSANDLOW means blind faith in rhythm, a doctrine based on love for electronic music and club culture.  The underground duo from Madrid, resident of sessions such as Tortilla or Nox, will be playing soon at Weekend City Madrid Festival.

After releasing tracks on record labels such as Plattenbank, Cacao or Open Bar (among many others), SOSANDLOW joins the Metro Dance Records family with its EP “Itanna”. Featuring four tracks of pure musical genius, this release from the miners of the underground scene oozes with intensity and cosmic vibes. The eponym track will introduce the EP with an authentic abundance of textures and variations that, together, give rise to a unique atmosphere based on solid foundations. “Zohar” follows with a consistent artistic line but adds up some nice tribal reminiscences, offering us a new world of possibilities. The closing track of this EP, “Korin”, strays a bit from the usual creative line and brings us towards a more introspective experience, even though we can feel some expected changes of rhythm and intensity. In the end, the “Itanna” EP is a mastered mix between different shades of pure underground essence.

Acid District Remix signs the remix of “Itanna”, bringing a much darker atmosphere and draining an aura of science-fiction, with some gradually growing intensity as the track goes on.

“Itanna” will be available on Metro Dance Records from the 12th of July.

Would you like get our weekly newsletter and stay up-to-date? Please enter a valid e-mail address!